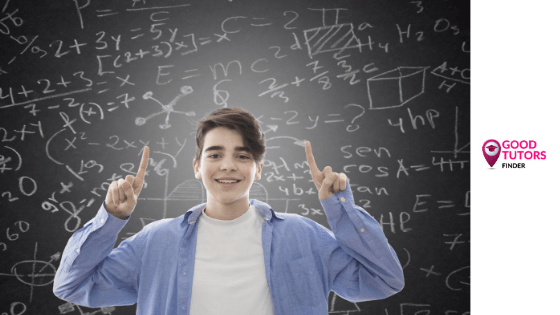 Why study Mathematics? Curious minds have been solving humanity’s biggest conundrums for centuries by harnessing the power of mathematics. Seemingly impossible feats are achieved, like landing on the moon, or building the tallest tower…without mathematics, none of this would be possible. Mathematics is an essential tool that helps make the world go around. It’s no wonder that as a field of study, mathematics is a fascinating and useful degree program to pursue.

The importance of mathematics can be seen in hidden ways, and in everyday usage, all around us: computers, airplanes, body scanners, software, coding, and much more. Have you ever heard about the Golden Ratio? In mathematics, two quantities are in the golden ratio if their ratio is the same as the ratio of their sum to the larger of the two quantities. Why does this matter? Well, once mathematicians discovered the Golden Ratio, we have been able to use it to our advantage: architects use it to design buildings, scientists apply it to nature’s recurring spiral arrangement, and even artists use the proportions in their artistic designs. A mathematics student will learn all about this and much more if he or she chooses to pursue this field of study. Here are six more reasons to study mathematics.

1. Excellent for your brain

Creative and analytical skills are highly desired by employers. Our brains develop important neural pathways for processing information and it’s no surprise that mathematics plays an important role in brain development and analytical skills. One research shows that when we do a mathematical problem: collect the data, break down its premises, observe the relations that keep or systematically solve their parts in a rational way. If we are able to understand mathematics and arrive at logical solutions, we will be able to prepare our minds when we have real problems. We can look for the best logic, see the possible solutions and relate the data we have to reach the conclusion.

Children who know math are able to recruit certain brain regions more reliably, and have greater gray matter volume in those regions, than those who perform more poorly in math. The brain regions involved in higher math skills in high-performing children were associated with various cognitive tasks involving visual attention and decision-making. It is also written that maths is one of the best ways to strengthen a brain. The research shows that maths is good for all of your brain, not just the parts that other activities cannot reach. As a mathematics student, not only will you deepen your knowledge of the field, you’ll also improve your brain power.

Your intensive study in mathematics will be applied immediately to solving real-world problems. Do you regularly use a computer and social media? Mathematics is embedded into computer technology and it would not exist without it.

Math is needed for almost every single profession in the world. If you want to be a CEO, a real estate agent, a biologist, or even a rocket scientist, it is without a doubt that numbers will be utilized. Basically, you will NEVER be able to escape math and you might as well accept it and have fun learning it while your career does not depend on it.

Potentially none of us will approach Alan Turing’s mathematical and problem-solving genius — Turing is credited with being the father of modern computing; he cracked the Nazis’ Enigma code, among many other important mathematical advances — but there’s no doubt that becoming more competent in mathematics and studying it seriously can advance your problem-solving skills.

Mathematics provides clarity in problem solving and “mathematicians have always understood that problem-solving is central to their discipline because without a problem there is no mathematics. Problem-solving has played a central role in the thinking of educational theorists. As a student of mathematics, you’ll develop better systems for problem-solving, learning how applied mathematics solves real-world issues.

Knowledge of mathematics, and its complexities, can help in almost every career. Mathematical research and education are at the heart of some careers, while other careers utilize mathematics and its applications to build and enhance important work in the sciences, business, finance, manufacturing, communications, and engineering. Some careers and jobs that benefit from a degree in mathematics include engineers, computer programmers, statisticians, actuaries, mathematics teachers, and even business managers. All of these careers appear to be different, but the one thing they have in common is that each of them require a strongly developed skill set in mathematics.

Studying mathematics allows you to understand the world better. This seems obvious, but knowing the nuances behind how mathematics works can open your eyes and help you see the world around you in a new way. For example, Einstein’s theory or relativity (what we perceive as the force of gravity in fact arises from the curvature of space and time; and objects such as the sun and the Earth change this geometry) is instrumental in furthering our understanding of the universe.

In fact, this theory “showed that there’s a give-and-take to space and time, which together make up the bendy, warping “space-time” fabric. Thinking this way led [Einstein] and others to a closer examination of the symmetries of the universe, or all the ways you can shift, rotate and move through it and still measure the same separation between objects or events as before. It is in the language of these symmetries that relativity simplified our mathematical description of the universe.” Yes, mathematics can unlock the mysteries of the universe!

6. It is the universal language

Mathematics is the “universal language,” meaning it is the one language in the world that is universally understood across different cultures, countries, and languages. The simple arithmetic of 2+2=4 is the same around the world. When learning math and engineering as an adult, we began by using the same strategy we’d used to learn language.

Mathematics is similar to learning a foreign language and we want to achieve fluency. Equations, proofs, theorems, and working on a complicated mathematical problem are done the same way whether you speak German, French, English, or any language. All that matters is understanding the mathematical concept — this can be immensely helpful if you are working on a project with a foreign country. You’ll be able to communicate well on the numbers side of things, which is very productive, since you speak the same language: mathematics.

Mathematicians are solving today’s biggest and most difficult problems in the world. Even the celebrated astronomer, physicist, and engineer Galileo Galilei said, “If I were again beginning my studies, I would follow the advice of Plato and start with mathematics.” So if this is a field which interests you, take the chance to delve deeply into learning everything you can about mathematics. Plus, choosing mathematics as a degree path can lead to surprising, and fulfilling, career paths.

You might also be interested to take a look at our recent blogs here for more study guides.

If you like to provide your child with a trained tutor after school and during holidays who can help with structure and organization, we have just what you need. At Good Tutors Finder, we only have hand-picked tutors who are well versed in these and other strategies and can apply them, whether they are in IB Diploma, IGCSE, AP, or lower grades. Mathematics, Science, Physics, German, French, English, and more, no matter which subject is difficult, our tutors can help out.

Our tutors available everywhere in Germany, including: Munich, Berlin, Cologne, Stuttgart, Hamburg, Frankfurt, and all other cities and also in Austria.

Find out more and book your tutor today!

Best places where you can do your homework

Advantages and Disadvantages of Online Tuition vs Home Tutoring